These Unresolved Ethical Questions Are About to Get Real 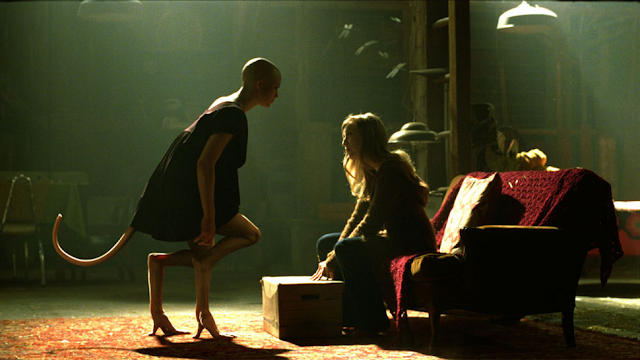 As our technologies take us from the theoretical to the practical, a number of thorny moral quandaries remain unanswered. Here are important unresolved ethical questions that are on the verge of becoming highly relevant.

Should people be allowed to clone themselves?

There’s currently a global moratorium on human cloning. But you just know that’s not going to last. Back in 2007, Korean researcher Hwang Woo-suk faked a human cloning breakthrough, and it’ll only be a matter of time before some renegade scientist actually does it. This year has already seen two major advancements in this area, including the use of cloning to create embryonic stem cells and a new technique where mammalian cloning lines can be extended and reproduced indefinitely.
Many people consider the act of human cloning to be an affront to our dignity and individuality. It’s also seen by some as an incredibly selfish and egotistical act. Others worry about the potential for clones to be exploited or abused. On the flip-side of the debate, supporters say there’s no harm done so long as the rights of clones are recognized. A common argument in support is that clones are essentially delayed twins. And yet others say it’s a perfectly legitimate way to create biological offspring — that it’s a novel form of assisted human reproduction that could help same-sex or infertile couples reproduce.

Is it okay to introduce non-human DNA in our genome?

This branch of science is called transgenics— the intermingling of human and non-human genetic information. Scientists endow lab animals with bits of human DNA all the time, but the opposite most assuredly doesn’t happen. And in fact, it’s illegal virtually everywhere. Some worry about the creation of chimeras — creatures that are part-human and part-something-else. Supporters say that it could result in novel therapies. It’s possible, for example, that a non-human animal has a natural immunity to a disease. Wouldn’t we want to endow ourselves with this same immunity? More radically and speculatively, it’s also possible that more substantive animal characteristics could be introduced into humans (bird vision, dog hearing, dolphin fins, etc.). If so, what’s the harm? Would we diminish what it means to be human?

Should parents be allowed to design their babies?

Should we allow a Gattaca-like world to come into existence? Like human cloning, the idea of genetically modifying our offspring still falls within the realms of illegality and taboo. Its supporters call it human trait selection; it’s opponents derogatively refer to it as designer babies. Either way, it would allow parents to select the characteristics of their progeny, including non-medical attributes like hair and eye color, height, intelligence, greater empathy, sexual orientation, personality type, and basically any other genetically influenced trait.

SEXPAND
Its detractors complain that it’s simply a way for parents to control the destiny of their offspring. They also worry that an arms race could occur, where parents will feel compelled to modify their offspring as a way to keep up with the Jones's baby. Some are concerned about the potential for abuse — like parents giving their children superfluous physical characteristics (such as extreme height, or even silly things like a tail).
Supporters, on the other hand, say it’s a form of reproductive autonomy, and that well-informed and well-intentioned parents — in conjunction with the laws and their fertility doctor — are well within their rights. Others argue that human trait selection is inherently good, and that parents are simply looking to maximize their child’s potential.

What are the most important areas of scientific research?

Our civilization is currently facing a number of grave challenges — everything from superstorms through to epidemics and the rise of apocalyptic threats. So, when it comes to the funding of important scientific research, what makes the most sense?

SEXPAND
Image via China.org.cn.
Given the looming threat of global warming, some would say that we should we invest in climate science and various geoengineering schemes. There’s also the threat of a global pandemic, like the avian flu. Shouldn’t that be our greatest concern? Or what about the potential for powerful technologies to serve as potential game-changers — things that could actually fix our planet. It's reasonable to argue that we should invest in additive manufacturing techniques (like 3D printing), molecular nanotechnology — and even artificial intelligence. Which brings up another important area: research into mitigating existential risks.

Should people be forced to die once indefinite lifespans are achieved?

The day will eventually come when the problem that is biological aging is finally solved. Needless to say, the advent of indefinite lifespans could result in some serious negative consequences, including overpopulation, the rise of a gerontocracy, widespread boredom and restlessness, and a de-valuing of life. And in fact, in consideration of these possibilities, political scientist Francis Fukuyama — back when he was serving on George W. Bush’s bioethics council — said that governments have the right to tell their citizens that they have to die. It would be a kind of Logan’s Run world.
Such a turn of events would be highly problematic, to say the least, and a complete affront to our civil rights (i.e. the right to medical treatment, the right to life, the right to self-determination etc.). So how are we going to deal with the prospect of indefinite lifespans once they start to emerge? And what about the right to end one’s life?

Should we have guaranteed universal income?

Within a few decades, the global economy could face a collapse the likes of which we've never seen. As robots replace manual workers, and as thought workers start to get replaced by artificial intelligence, unemployment rates could reach staggering levels. The concentration of wealth could become extremely atomized. It would be a disruption similar to the one caused by the Great Depression — an economic and social catastrophe that ushered in the modern welfare state. Should this second Great Depression occur, there could be calls for a guaranteed universal income — a social policy that ensures everyone gets a steady paycheck to make sure basic needs are met. Of course, not everyone will be thrilled with this idea; a population dependant on the government — or more accurately, the forced distribution of wealth — certainly rubs conservative elements the wrong way.

Which animals have moral value?

Last year, an international group of scientists signed the Cambridge Declaration on Consciousness in which they proclaimed their support for the idea that many animals are conscious and aware to the degree that humans are — a list of animals that includes all mammals, birds, and even the octopus. As we’re also learning, insects also exhibit someremarkable cognitive capacities. A question is starting to emerge about the moral relevance of these animals, and whether or not we should take more care in ensuring the well-being. To what extent should we work to reduce suffering in the world?
Needless to say, not everyone is onboard with these ideas. It’s largely taken for granted, owing to our position of privilege, that we can exploit animals and use them as we see fit, whether it be for meat, our entertainment, or for medical testing purposes.

Can only humans be persons?

Further, there’s also the issue of non-human animal personhood — the notion that some animals, owing to complex cognitive and emotional attributes, deserve the same sorts of legal protections afforded to all humans. Specifically, these animals would include all great apes, cetaceans (dolphins and whales), and elephants. Looking further ahead, there’s even the potential for artificial intelligence to have not just moral value, but personhood designation itself.

Many would argue that only humans can be persons. This is the basic tenet of human exceptionalism — the idea that humans should always occupy an exalted place atop the food chain, and that there’s something inherently and intangibly special about Homo sapiens.

Should we biologically enhance non-human animals?

Somewhat related to the last point, there’s also the potential for animal uplift. Just last year, scientists demonstrated that a brain implant can improve thinking ability in primates. In short order, and as a consequence of testing human augmentation technologies on animals, we will have it within our means to significantly enhance their cognitive capacities as well. As I’ve argued in the past, we may actually be morally obligated to do this as we bring the entire biosphere into a post-biological, post-Darwinian existence. But others decry this as a form of human imperialism, and as a way to impose human characteristics on animals. Some would simply say that we shouldn’t mess with nature and that it’s none of our business to modify animals in this way.

Do people living in the present have more value than future persons?

This is a classic question that has baffled moral theorists for years, and it’s one that could soon become quite topical. If we’re to deal with climate change and prevent the exhaustion of our planet’s non-renewable resources, we may be forced to scale back our civilization to ensure ongoing sustainability. Otherwise, future generations will have to reap what we sow. The answer, some would say, is to pull back and live simpler lives. But should people living in the here-and-now have to worry and make sacrifices for people who haven’t even been born yet? But what if things are better in the future? Would it all have been worth it?
This article originally appeared at io9.